The Pottawatomi Indian Tribe that inhabited Antioch were nomadic hunters who lived in tepees. They fought with the British in the War of 1812 and then with the American settlers in the Blackhawk War of 1832. It was in 1832 that the Indians began to leave the area. Arrowheads and other remnants of their history can still be found if one knows where to look. The winding Highway 173 was once an Indian trail and Highway 83 was the Muquonago Trail. Sequoit, name of the creek and the local high school mascot, is an Indian word meaning “winding”.

The first permanent  settlement in Antioch was the Gage Brothers’ cabin on Sequoit Creek. In 1839, Hiram Buttrick built a sawmill along Sequoit Creek, which made Antioch a center of commerce. A replica of the mill has been built a few hundred feet downstream from where it once stood. In 1843, the residents gave the settlement the biblical name “Antioch”, and started a school. The town grew as new settlers (primarily of English and German descent) established farms and businesses. In the late 1800’s, Antioch became a popular vacation spot for Chicagoans.

Tourism grew quickly once the rail line to Chicago was laid in 1886. Originally, farmers near the lake accepted boarders, then they added guest rooms onto their homes. Eventually hotels and subdivisions of summer cottages were built. The tourists took excursion boats through the renowned flowering lotus beds. Hunting, fishing, dancing and gambling were big draws, but most tourists (not to mention year-round residents) simply preferred the quiet country life over the hustle and bustle of Chicago.

Fire destroyed much of downtown in 1891, 1903, and 1904. In 1905, the town rebuilt with brick and started a public water system. The base of the first water tower is still found at the corner of Toft and Orchard Streets. A volunteer Fire Department was formed in 1913. The town grew at a steady pace through the years. Harvesting ice to supply ice boxes was a major industry in the area for many years. Pickard China, America’s finest china company, has been a steady employer in Antioch since 1937. In the 1950’s, the village developed the large industrial park along Anita Avenue, which greatly contributes to the tax and employment base. Antioch residents can reach both Chicago and Milwaukee by way of Interstate 94 and U.S. 41. Metra commuter service between Antioch and Chicago began in August of 1996. A new train depot was constructed to accommodate travel to and from Antioch. 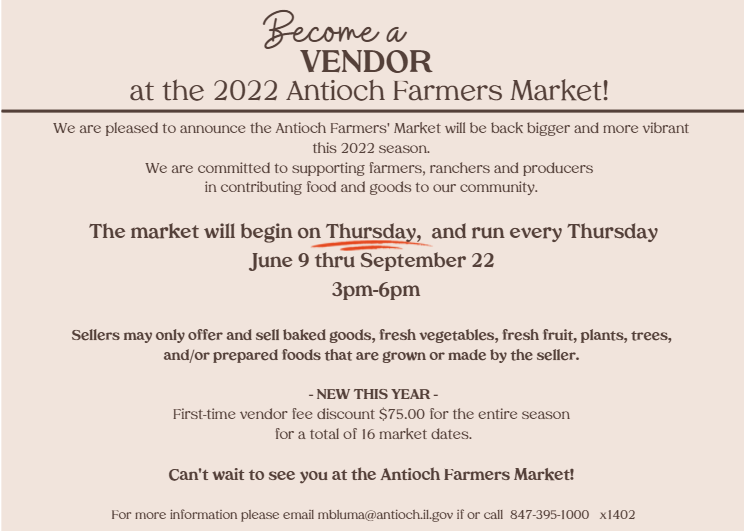 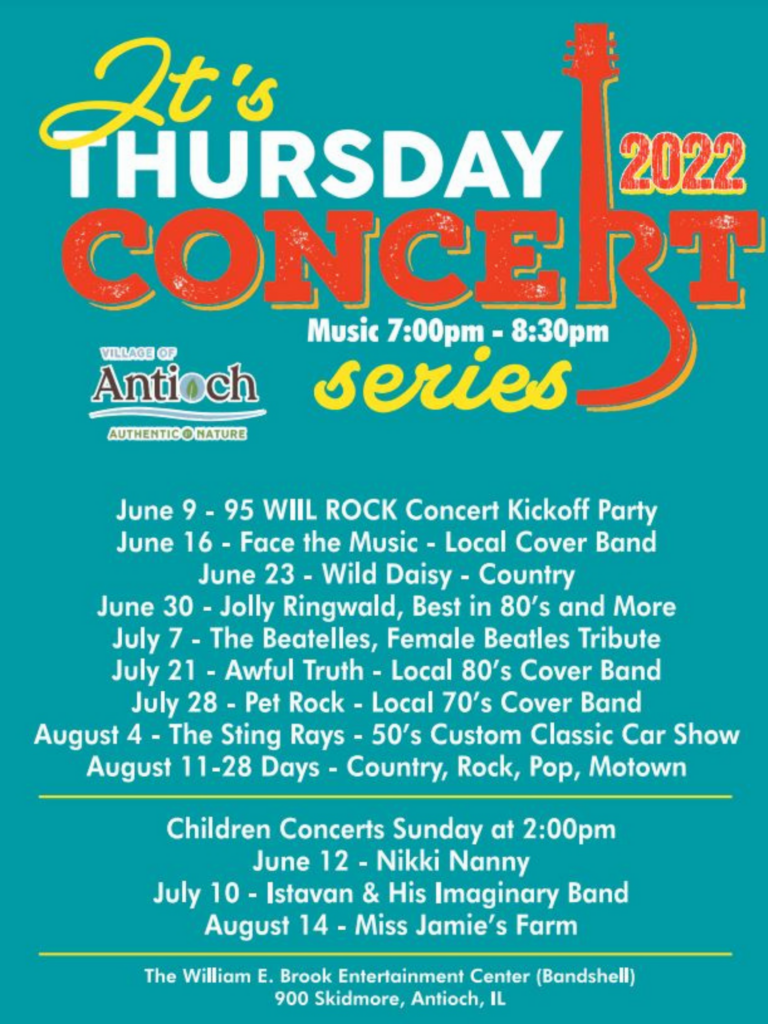