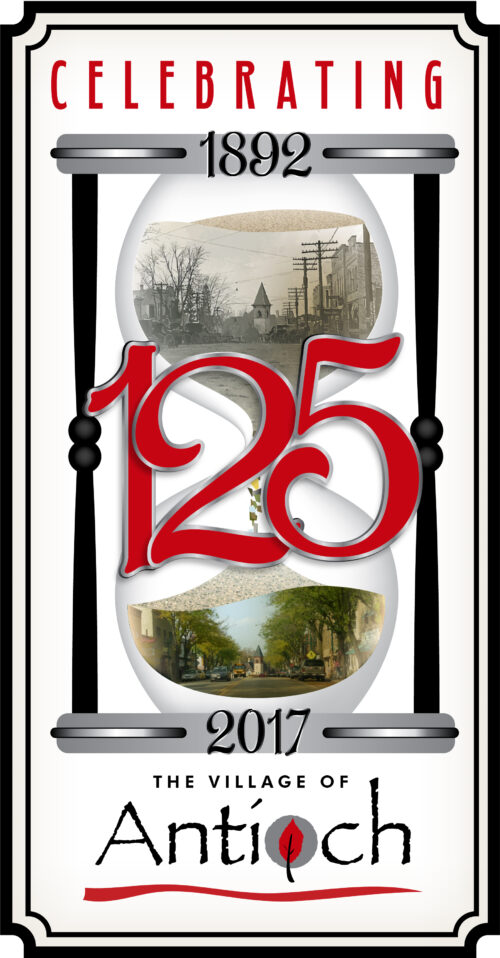 The Village of Antioch is celebrating 125 years of incorporation this year.  Many organizations have come together to provide activities and events that will help Antioch celebrate this momentous occasion.

The general focus of the celebration will be around the activities that take place in July.  With many large-scale community events like Antioch’s 4th of July, Chamber’s Taste of Summer, and Lion’s Club Chicken BBQ, ultimately it was decided to enhance those events in celebration of 125 years in the Village of Antioch.

A lot of hard work and time went into the long-range planning of these events.  We would like to thank all of the groups and volunteers that donated their time to help plan the 125-year celebration!  Please scroll down for a list of events, information on commemorative items, and more information about 125 years in Antioch! 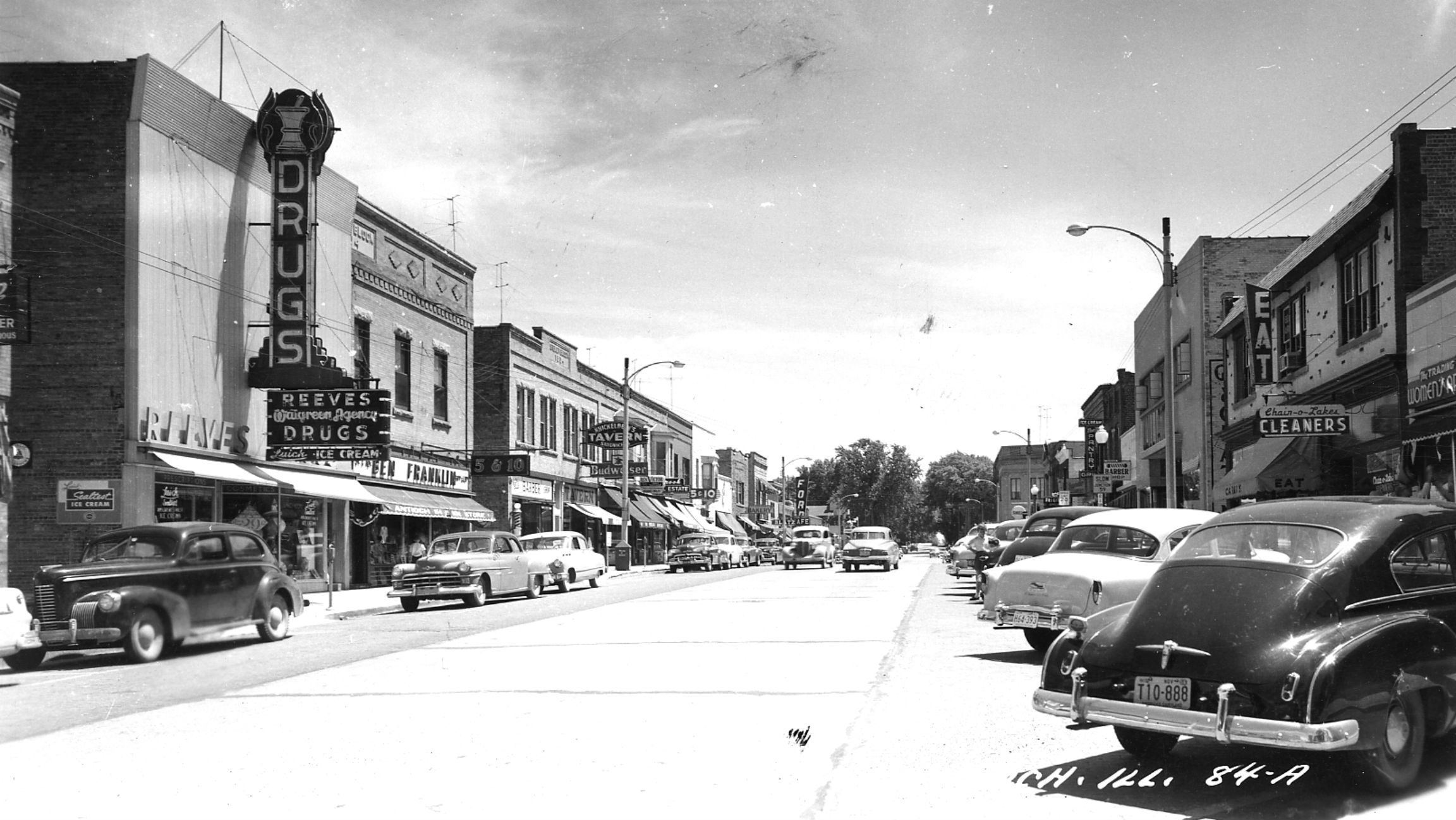 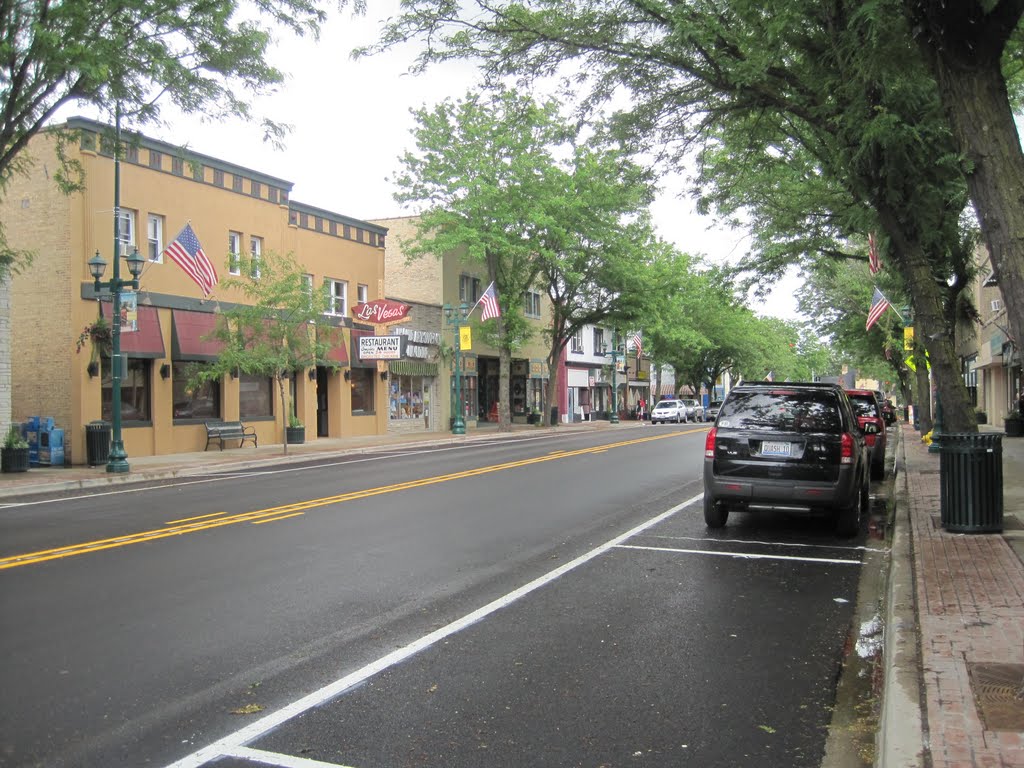 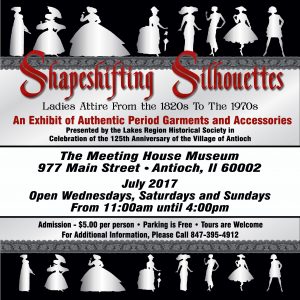 Featuring Ladies attire from the 1820’s to the 1970’s.  An exhibit of authentic period garments and accessories presented by the Lakes Region Historical Society in Celebration of the 125th Anniversary of the Village of Antioch.

Wednesday, Saturday and Sunday from 11am to 4pm.

Parking is Free – Tours are welcome

There will be events throughout the day beginning with the State Bank of the Lakes annual 5k Run for Freedom at 8am.  Register here for the race and receive a commemorative coin!  This well received walk/run has become a holiday tradition in Antioch and will be the kick off event for the 125th Anniversary Celebration of the town of Antioch! Both the competitive runner and casual walking family enjoy our challenging USATF Certified course that winds through the beautiful streets of Antioch.

The first band, EZFM, will play soft rock hits of the 70’s and 80’s from 3-4:30.  They will be followed by one of the region’s top bands, Melloncougar, from 5-6:30pm playing all that Heartland USA music.  Finally, Libido Funk Circus will play until the beginning of the fireworks show at approximately 9:30.

Fireworks are sponsored by the Village of Antioch and Antioch Township and will feature a 22-minute aerial barrage of color and sound for all to enjoy.  Please follow the route map after the fireworks show to help traffic flow.

Days of fun in downtown Antioch are a must for summer pleasure. Carnival rides and games add up to fun for the whole family. Enjoy the delectable specialties prepared by top restaurants. Dine in the relaxing sunshine or under the “Big Top” while listening to top entertainment in the Brook Bandshell. Plus our new Carnival is back with new rides, more wristband options and much more.  Our Taste Exhibitors enjoy meeting the crowd as you stroll by their booths.  After or before enjoying the Taste, stroll through the town for the best sidewalk sales and crafters in the area. Our merchants go all out for this event, so come early and grab the bargains. We also have several booths of great Exhibitors right at the Taste!  Spend these four days at this wonderful family event.

This annual event will be held from 11:30-3 at Williams Park and will be the final event of the 125th Celebration.  Please join us for BBQ chicken, corn, auction items and cake!

The Antioch Lions Club was organized in 1937 to become an outstanding service organization contributing to the civic, cultural, social, recreational and moral welfare of the community.  Over the past 8 decades it has lived up to its charter.  In the last 80 years, the Antioch Lions Club has contributed hundreds of thousands of dollars and provided countless man-hours to support an array of community and needy causes.

The annual Chicken BBQ, Auction and Family Picnic has been expanded over the last few years to feature the best grilled chicken you’ll ever eat, along with a unique live auction that includes all sorts of collectible items, cars, boats and so much more.  The event htis year will conclude with a tribute to the Village of Antioch and include an amazing live band for all to enjoy.

You have an opportunity to win $125 in Antioch Chamber Gift Certificates by entering the contest below:

Find the answer to the questions and return your completed contest form to the Antioch Chamber Office (882 Main Street in Downtown Antioch) before July 4th, 2017.  If numerous contests forms have all the correct answers, a lottery will be used to determine the winner. The winner will be announced at Antioch’s Taste of Summer on Saturday, July 22nd at 9:30 pm at the Bandshell.

Starting in July the Antioch Library will have one wall on their main floor dedicated to a timeline of Antioch. There will be three depicted in the same space. One will chronical the Antioch Library’s 95 plus years, and the other two will depict things specific to Antioch and a timeline that deals with Antioch history and the world (WWI & II for example). Dispersed with this will be small tidbits taken from the Antioch paper starting from the late 1890’s to about the mid 50’s/60’s. Some of these will be in audio format that members can scan on their phones and listen to.

They also house a vast collection of Antioch history. Yearbooks that date back to the first schools, Antioch Woman’s club meeting minutes and scrapbooks from before 1921, plus a host of other records and newspapers. The historical society will also be placing a display case of Antioch memorabilia in the library come July as well.